Inspired by the idea of the digital revolution, a group of young employees of the United Nations in Bosnia and Herzegovina have launched the IT Girls project.  The idea is to attract young girls to the world of Computer programming in order to be more involved in ICT sector and to increase the opportunities in choosing a future education and career. 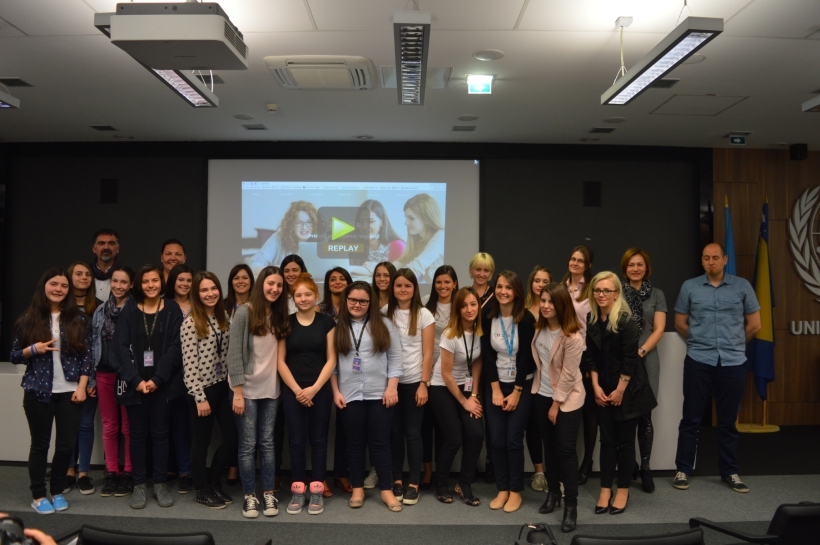 Young people in Bosnia and Herzegovina, a lower-middle income country in the Balkans, struggle to find their place in the labour market. Youth unemployment rate is above 60%, and it particularly affects young women. However, the Information and Communication Technologies (ICT) sector in the country seems to be growing, creating more jobs and opportunities, in particular for young people. However, one of the highest paying occupation groups in Bosnia and Herzegovina, with the possibility of rapid growth, the ICT sector is highly male-dominated.

Computer programming (often shortened to “programming”) is a process that leads from an original formulation of a computing problem to executable computer programs. Programming involves activities such as analysis, developing understanding, generating algorithms, verification of requirements of algorithms including their correctness and resources consumption, and implementation (commonly referred to as coding) of algorithms in a target programming language.

A group of young employees of UN Women, UNDP and UNICEF identified that girls have the same access to technology as boys, but are less confident to pursue a career in this field. Wanting to change that, they merged capacities and in February 2016 started an initiative named “IT Girls”. The rationale behind the initiative lies in the cross-cutting commitment for the participation of women and girls in the labour market and their equal involvement in all career directions. These are outlined in frameworks for protection and promotion of women’s rights and national policies and legislation in Bosnia and Herzegovina.

The IT Girls team is formed of young UN Women, UNDP and UNICEF staff trying to make a positive impact in the lives of girls and to increase their involvement with IT.

IT Girls works to bridge gender gaps by raising awareness of the importance of coding as an entry skill into IT, increasing confidence of girls by promoting female role models in the ICT sector and acquiring skills through training.

In light of the initiative, the first web development training for young girls was organized in the country’s capital, Sarajevo. Twelve girls, aged 13 to 15 worked in teams to develop their own web applications. During four days of training, girls learned how to use HTML, CSS and JavaScript to bring their own website ideas to life. Five web social projects were created as a direct result of the training: Game of Code, Studying Funning, Travel Fun Dolphins, BiH Students and Passion for Fashion.

“The girls have successfully mastered the techniques that we have taught, and I’m glad to hear that they are now talking about programming and IT as something interesting and attractive to pursue a career in”, said Rialda Spahić, one of the “IT Girls” trainers.

“I’m so happy because I had the chance to participate in making my own website. As much as I love programming, I never imagined I’d actually see a result of it in this short period of time“, said Uma Nea, a member of the team that produced Game of Code web application. 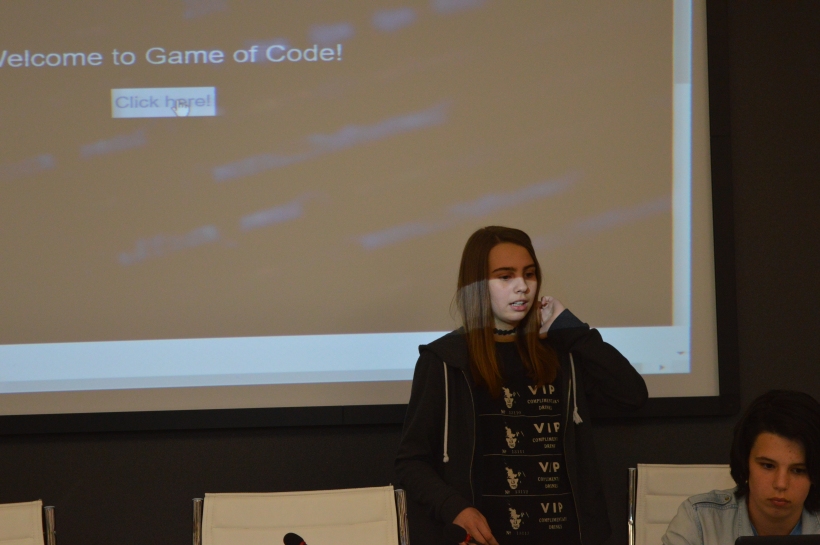 IT Girls team established successful cooperation with the private ICT sector and NGOs that work in similar areas. The initiative continues to grow, focusing on awareness raising activities through social media and the web platform and expanding the training geographically and demographically, reaching out to remote and diverse communities. In future, the team wants to start working with educational institutions to advocate for mainstreaming coding in schools and to broaden the participation of girls and women in Science, Technology, Economics and Mathematics.

The cooperation was established with Microsoft in Bosnia and Herzegovina, Authority Partners, Mistral Technologies, OSB Engineering & IT and Atlant BH. These companies have provided incentives for girls to encourage them to code and have participated in the organization of free-of-charge training.

“We want our initiative to grow bigger and better. We want the digital revolution to reach every girl in Bosnia and Herzegovina. And we are sure we’ll make it”, said Aleksandra Kuljanin, Communication Officer at UN Women CO BiH and a co-founder of the IT Girls initiative.