ra Kuljanin started working as Communications and Campaign Officer at UN Women in Bosnia and Herzegovina in October 2014.  Born in 1990 in Sarajevo, Aleksandra  worked as a journalist for several media organizations prior to her engagement in UN Women. She also cooperated with a number of NGOs, as well as with the private sector.  She holds a bachelor in Business Communications from the University of Sarajevo and a Master’s degree in Communications, with a focus on social unrest in BiH. Her areas of interest are human rights with a focus on gender equality, communications and youth activism. She is a proud feminist, passionate social media user and a digital literacy believer. In October 2015 she was one of the co- founders of IT Girls. Today, it’s one of her biggest passions in life – she talks about it in media, at staff meetings and during weekend nights out!

Arijana Drinić is an activist and employee of UNDP/UN with six years of engagement, and over ten years of experience in working with the NGO sector in BiH. She holds a bachelor of Arts in English Language and Literature. Arijana is currently working as Project Assistant for UNDP Municipal Environmental and Economic Governance (MEG) project. Her areas of interest are human rights with a focus on gender equality, ICT, youth activism and leadership. In October 2015 she was one of the co-founders of IT Girls. Arijana is a wannabe globetrotter, food lover, believer in humanity, M&E devotee and madly passionate about the IT Girls initiative.

Erma Mulabdić is a human rights activist and a feminist currently working on ending violence against women with UN Women in Bosnia and Herzegovina. Erma has worked with 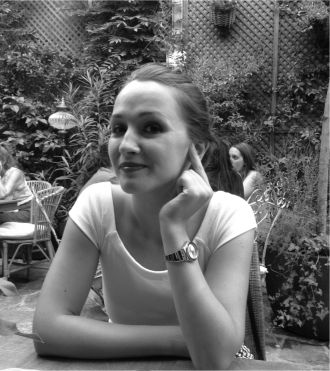 civil society and international organizations supporting, coordinating and implementing various projects on fighting against violence and discrimination, and she contributed to research on the rights of minorities and migrants in Europe, women on the labor market etc.  Her areas of interest are human rights with a focus on children and women’s rights, labour rights, gender and migration. Her long-term goal is to eradicate patriarchy and one way of doing that is to empower young women to become confident and competitive in the IT world. In October 2015 Erma became one of the IT Girls co- founders and nowadays she continues to advocate for more girls in the ICT sector.

Jeremy Wetterwald is the proud IT Boy of the IT Girls initiative. After several internships he got a job at UNICEF in BiH. Everything was going smoothly until the historical May 2014 floods. Thanks to his previous experience (copy/pasting quite a lot!) he developed good comput

er skills in Excel and Word which became quite handy at a time when people required accurate information and regular reports. When someone asked him if he was able to create maps, he replied: ‘no but I am quick learner when it comes to computer programmes’.  A lot of overtime and weekend hours later, he started producing maps for the flood response and for disaster risk mapping in the country. This experience convinced him about the importance of IT skills in the workplace and the huge availability of online resources to learn pretty much anything, which is available to everyone regardless of gender, race, or income. Thus, in October 2015 he was one of the co- founders of IT Girls. Jeremy is passionate about using open-source technology and innovation to improve humanitarian and development programmes which is something he is trying to apply within the IT Girls project and in the area of Disaster Risk Reduction. He sees strong computer skills as a way to empower girls to have the same (professional) opportunities in the IT sector. Through countless discussions with his team members he is now knowledgeable about the different waves of feminism. He also likes drones/toy helicopters.

Lamija Landžo has been working with UNICEF BiH as part of

the education team for the past 3,5 years, mainly on preschool and youth education projects. All the wonderful people she encountered while working convinced her that education is the best problem solver, so she is constantly bothering people with this point. In October 2015 she was one of the co- founders of IT Girls, and was happy to work relentlessly with wonderful and genius people you can see on this blog. In May 2016 she started to work with Save the Children North West Balkans on inclusive education programmes. As she enters a new job adventure, she continues to volunteer with IT Girls, because she knows how important (and cool!) this is. She has an MA degree in psychology, and it’s not a surprise that she is mostly interested in developmental and educational psychology. 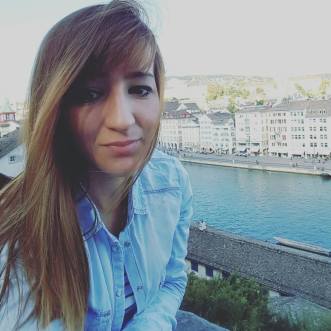 Armina Fazlić started working for UNDP as an Intern in 2015 where she gained a lot of valuable experience and useful working skills. She realized that alignment and communicating with each other is the real key of success. Now she works as an Administrative Assistant for the Quality Assurance process at UNDP. During her high school education and University she was a volunteer in two non-governmental organizations which help people in different segments of their life. She recently finished a Master’s degree in Law from the University of Sarajevo with a focus on state aid in Bosnia and Herzegovina. Now as a part of the IT Girls team she wants to help young girls to pursue careers in technology, because she has realized there are exciting job opportunities for girls  and she also wants to learn more about IT.

Ena Kosanović was born in Sarajevo in 1992. She graduated from the School of Economics and Business from the University of Sarajevo in the field of European Integration. In 2015, she started her internship with UNDP in the HIV/AIDS project where she worked in administration and improved her management and organizational skills. Prior to this engagement, she had experience in the NGO sector. Ena is now part of an amazing IT Girls team where she continues developing her skills and widening her fields of interest, among which are still European Integration, gender equality, youth activism, communications and project management. She is a passionate runner, food blogger, travel addict and fresh and ambitious IT Girls advocate!

Nela Sladojević works as UNICEF Associate Education Officer. She has been working in the field of youth empowerment, youth policy, community development and non-formal education at different positions for the last 15 years. Her first professional experience in the ICT sector is related to FP7 WINS-ICT project where she worked as project manager for BiH. Nela was also involved in coordination of No Hate Speech Movement Campaign of the Council of Europe for human rights online while she has been working at the Ministry of Family, Youth and Sport of the Republic of Srpska. She joined the IT Girls team because she sees how this initiative is changing opportunities for young girls and opens completely new horizons for their personal development and their future which is in line with her personal mission: helping others to reach their full potential.

Sophie Kräuchi works as a 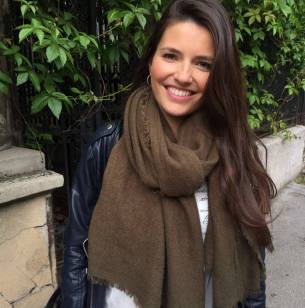 UNICEF Consultant on the social inclusion of children in Bosnia and Herzegovina. A Swiss and Spanish native, Sophie holds a bachelor degree in Sociology and Human Rights from Concordia University in Montréal and a Master’s degree in Development studies with a focus on anthropology, gender, sexuality and migration from the Graduate Institute of International and Development Studies in Geneva. Prior to her move to Sarajevo (a year ago now!), Sophie worked at the Oak Foundation focusing on the elimination of sexual exploitation of children and the prevention of violence against children. Sophie has experience as a project officer working at her university organizing large-scale events, and also volunteered with the student government. She joined the team because she firmly believes that ‘a small  group of thoughtful, committed, citizens can change the world’.